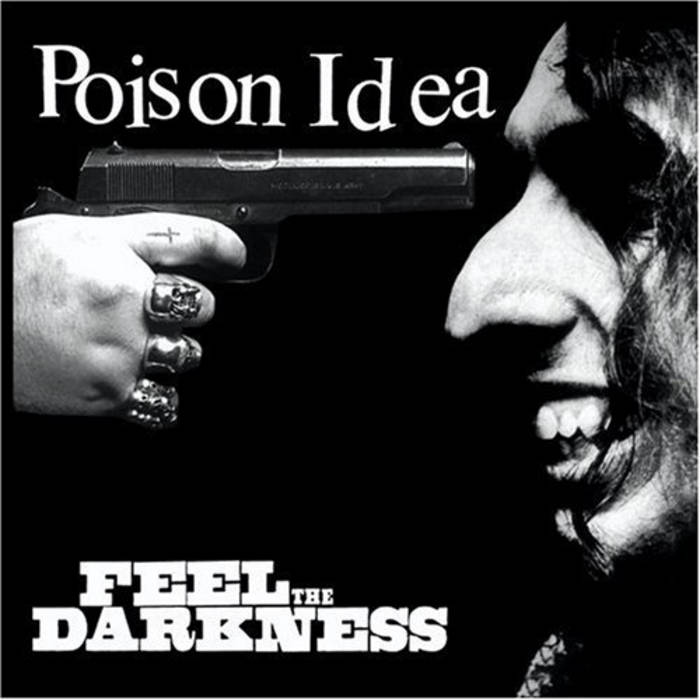 Portland, Oregon's Poison Idea were never a subtile act. In fact, they resided at the furthest end of the opposite spectrum, fusing the pummeling rhythm section of heavy metal, with the crunching three-chord speed and fury of American hardcore, topped off with Jerry A.'s snarling, larger than life baritone, spitting out declamation after declamation against the world.

That would be larger than life in more ways than just his Stentorian roar: Jerry, like guitarist Pig Champion, and for that matter, drummer Thee Slayer Hippy, are veritable giants, in height and girth.

Reissued in 2004 by Farewell Records, Feel the Darkness is, simply stated, Poison Idea's most blistering moment in the sun, a steamrolling mass of furious speed and aggression, tempered with excellent drum and guitar work.

We are a collective of three labels: FAREWELL RECORDS, LA FAMILIA and PAIN OF MIND!

Bandcamp Daily  your guide to the world of Bandcamp

Interviews With Butcher Brown and Slauson Malone, plus LP of the week by SAULT.